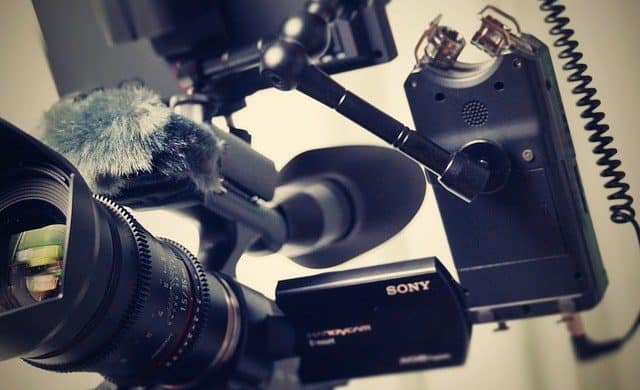 To make a successful corporate or business video you need to understand all the moving parts. Before starting a video marketing project, it is critical to understand what parts are necessary and which pieces are optional. Since asking a video production company can take a little time, we’ve decided to answer that question here.

Concept. Why do you want to create a video in the first place? We’ve seen it too many times where people get fooled by the razzle-dazzle of cool visual effects, fast music, and lots of special effects and graphics. More important than all of that is, WHAT is this video supposed to do for you? WHY are you creating it? What TYPE of video are you trying to create? That said, the most important part of a business video is clearly stating what you offer your clients/customers. What solutions do you provide and what problems are you solving for your customer? That’s what they (your intended viewer wants to know). Once you clarify that objective, you can add all the flashy graphics you want!

Script/Storyboard. That may sound like something that doesn’t need to be said, but we’re always surprised when someone wants to shoot first and figure out what to edit later. That never works as well as planned, so we pride ourselves on having a solid storyboard or script in hand (along with the day’s schedule and shot list) prior to the shoot. You’ll discover that this is the most critical component of a successful video when you realize after the shoot that you should have captured “X” or you should have had your employee say “Y” instead of what you captured. Think about the amount of time it takes to plan for the shoot versus the time you’ll spend later regretting the error. Planning is the key and that’s how we like to run our video production business!

Animation (3D or 2D) Graphics. Think of this as the text on the screen or the symbols on the screen during your video. This might be your logo, phone numbers, or other items that move around or appear on screen to further explain what is being said on camera. 2D and 3D animations can raise the production value of a video without adding a lot of cost. When animations become complex and 3D, more time will be needed in producing the video. Here’s an example of how text and moving images can enhance a video.

Narration. Sometimes referred to as voice-over, narration can add a lot to your video. For example, if you’ve shot a few interviews of employees/executives from within the organization, it might be helpful to have some additional narration at the end to state some of the necessary call to action that you can’t say outright as an employee/executive. For example, it might feel weird to hear the executive say, “Call us today for more information!” But a professional narrator can and it sounds normal. It can depend on the type of video content you’re creating and we can help you when it’s time. Again, is this necessary? No. Is it helpful? Sometimes. One tip when dealing with narrators, use a voice over artist who matches your target audience.

Music. Tone, pace, and feeling of music can greatly enhance your video. So can silence. The best part is you can vary your music within a video based on what is being said and what is being shown. You’ll also want to think about what kind of video you’re producing…for example, are you creating a promotional video or a training video for your small business? Whichever you’re creating, music can make the difference. Music feelings can be described as aggressive, inspiring, happy, upbeat, playful, silly, relaxing, sad, sentimental, or suspenseful. Have you ever noticed how music can be an impactful component of movies? It’s much the same with your business video.

These are just some of the basics of creating marketing videos, but we hope they will help you understand what you must have and what you can consider optional when producing a video. We’d recommend spending some time chatting with your producer to communicate your desires prior to starting any video project.

If you want to learn more about Plum’s corporate video production services, feel free to reach out to us. We can answer your questions and determine if we should talk further.